Due to the notoriety and shock of the event, the online response was massive following news of the livestream hack in mid-January 2022. Almost immediately, there were people posting memes about the event online. For example, Twitter user @magicalxirIIV tweeted out pictures of the Italian flag with Tifa rendered on top of them, both her classic style and the newly made one for the remastered game, earning 23,000 likes in two days (shown below).

On January 20th, 2022, Twitter user @Caligoletto2 posted an existing Men Discussing Things meme that uses Tifa as the punchline, stating that this is the highest peak of Italian politics, earning 300 likes in one day (shown below). 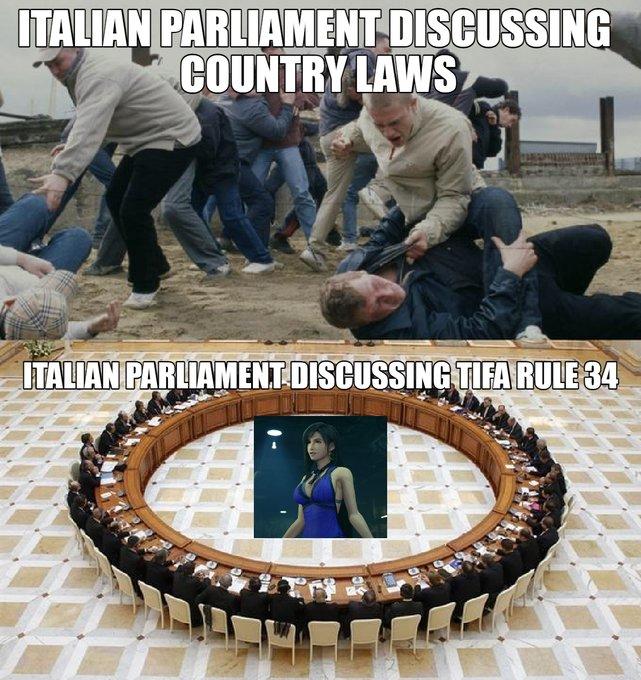 Mike ‘The Situation’ Says Ron & Sammi Could Make A Comeback

Mike ‘The Situation’ Says Ron & Sammi Could Make A Comeback